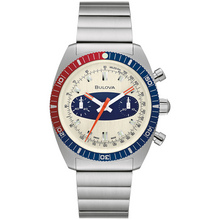 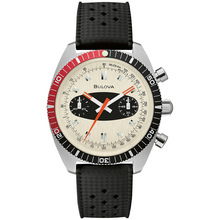 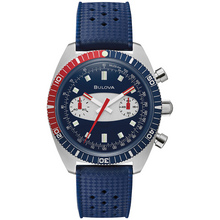 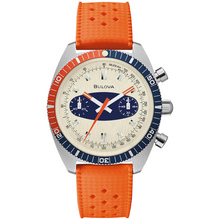 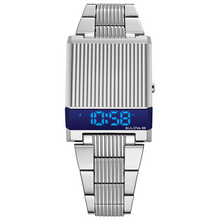 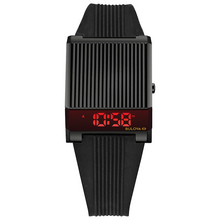 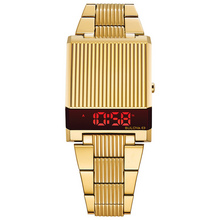 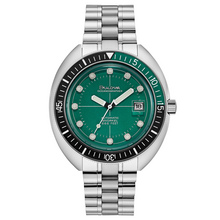 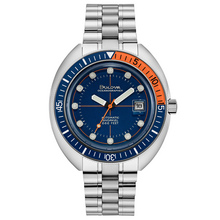 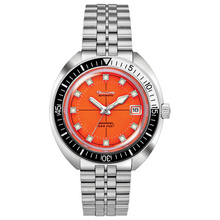 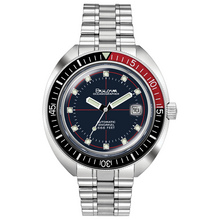 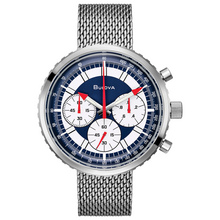 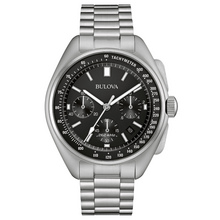 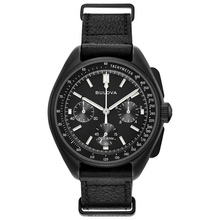 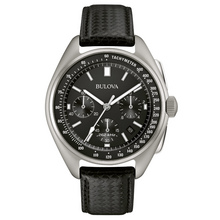 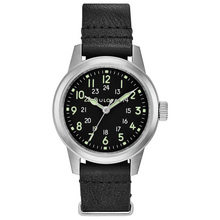 Infusing some of the brand’s most iconic and nostalgic timepieces with modern design elements, Bulova’s Archive Series continues to expand with the new digital LED Computron.

As electronic and quartz timepieces began to grow in popularity throughout the late 1970’s and early 1980’s, Bulova continued its excellence in innovation and began catering to the increasing demand for digital timekeeping, eventually introducing the all-digital Computron LED.

Preserving what was considered at the time an unconventional, futuristic looking trapezoidal case design, the new style honors the versions of the past and displays the time via LED on the front at an angle. Now offered with a dual time zone, the time can be displayed with the push of the crown, and pushing sequentially displays the hours, minutes, seconds, month, date, day, and dual time zone.

The new Computron LED is re-editioned in an all gold-plated case and bracelet version with red LED display for $395. Black IP with rubber strap and Stainless Steel version with blue LED display start at $295.